Piping systems and ducting systems are constantly under stress related to thermal expansion and mechanical growth. Thermal expansion occurs when materials expand or contract with temperature changes. Mechanical growth is caused by pressure surges when the system starts up or shuts down. The rigidity of the pipes and connections do not allow for such movements without placing the material under unnecessary stress. Over time this stress will lead to fatigue and ultimately failure of mechanical equipment in the piping system. Replacing mechanical components in a piping system can be extremely expensive. Therefore, expansion joints are used to allow for these movements and help to contain the stresses within a small replaceable component. Expansion joints are manufactured in several forms and materials. 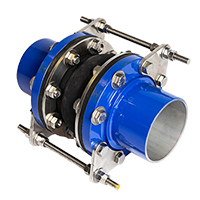 are a cost-effective way to provide protection and contain motion to a targeted area. Rubber expansion joints are made from differing grades of polymers, some being more common. The selection of polymer or rubber is dictated by both the internal and external environment of the application. For instance, ethylene propylene diene monomer (EPDM)is a common material for expansion joints but it is not compatible with hydrocarbon-based media. Therefore, neoprene is the material to use for expansion joints when working with oils, gasoline, and other petroleum-based fluids. The selection of the correct polymer is critical to the lifespan of the expansion joint. 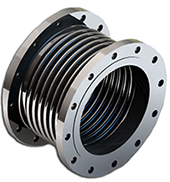 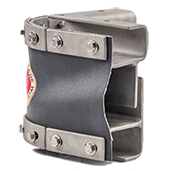 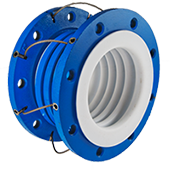 The PTFE or commonly referred to as TEFLON™ expansion joint can be combined with metal or rubber expansion joints to enhance the functionality of the joints. Many of the chemical resistant properties of the PTFE make these ideal for acidic or caustic media.

*The trademarks referenced in this blog are the property of their respective owners.

< Prev
This form needs Javascript to display, which your browser doesn't support. Sign up here instead