A syphon system's function is simple: it removes a fluid from within a rotating drum or cylinder. But there are many complex and interrelated factors that determine how a syphon performs this function and how it interacts with other components within the entire system. For an effective and efficient syphon system, all factors must be considered during the specification process.

Several factors determine how much differential pressure is needed to operate a syphon. The amount of centrifugal force present at operating speeds, the viscosity of the fluid being transported, and the presence of air or gas entrained in the flow (a condition known as blow-through) are all to be considered. Even the basic configuration of the syphon itself, the interior diameter of syphon piping, and external outlet pipe sizing can have a profound effect on pressure differential requirements. 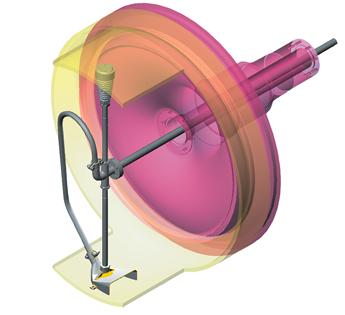 Rotary syphons rotate with the cylinder. Instead of being fixed in one position, rotary syphons remain fixed in relation to a point on a rotating cylinder shell. Rotary syphon systems may use either a single syphon or multiple syphons for evacuation, depending on application conditions and requirements. 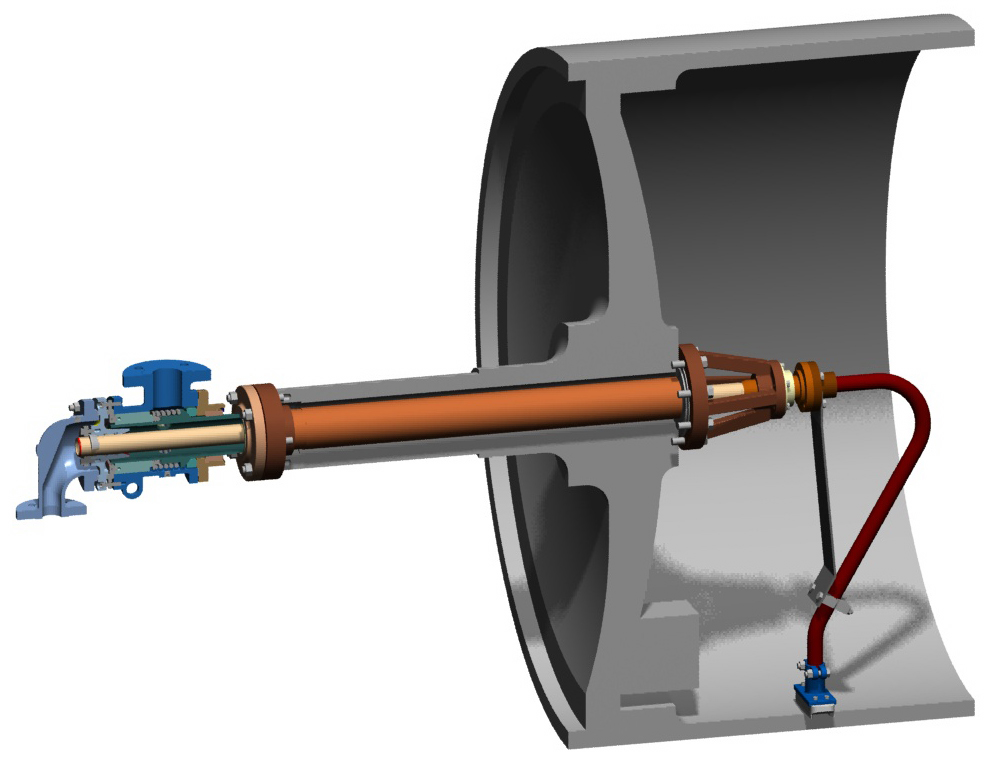 A stationary syphon remains fixed in one position as the cylinder rotates. The syphon pipe terminates at the pickup, which is located above the cylinder shell. The syphon must be located high enough to ensure sufficient clearance between the pickup and shell under all conditions.

Once fluid enters a stationary syphon, it is no longer subjected to centrifugal forces. High differential pressures and blow-through steam flow rates are not needed to propel condensate up the syphon and out of the cylinder.

Therefore, less motive force (i.e., differential pressure) is required to maintain flow and evacuation. This is why stationary syphons can operate with low, or in some special cases, no pressure differential.

This also means the amount of differential pressure required for flow does not increase as rotational speed increases, as with rotary syphons. For this reason, stationary syphons are not speed-limited unlike conventional rotary syphons which require progressively higher pressure differentials as speeds rise to overcome the resulting increase in centrifugal force.

To end up with the most effective syphon system, a great deal of care must be taken at the beginning of the process when the syphon type and rotary joint type are selected and sized.

The condensing rate (steam in dryers) or the incoming fluid flow rate, pressure and temperature (in heating and cooling rolls) should be considered. There are many times when viscosity, corrosiveness, specific volume, and other fluid characteristics also warrant consideration.

Attention must also be paid to the configuration of the machine, including existing and future requirements. The diameter of cylinders, cylinder design, and the total number of cylinders used, often play a role in determining the proper system. Even the plant's regular maintenance schedules, the timing of shutdowns, overall plant energy balance, and electrical considerations can be a deciding factor in which syphon system is finally chosen.