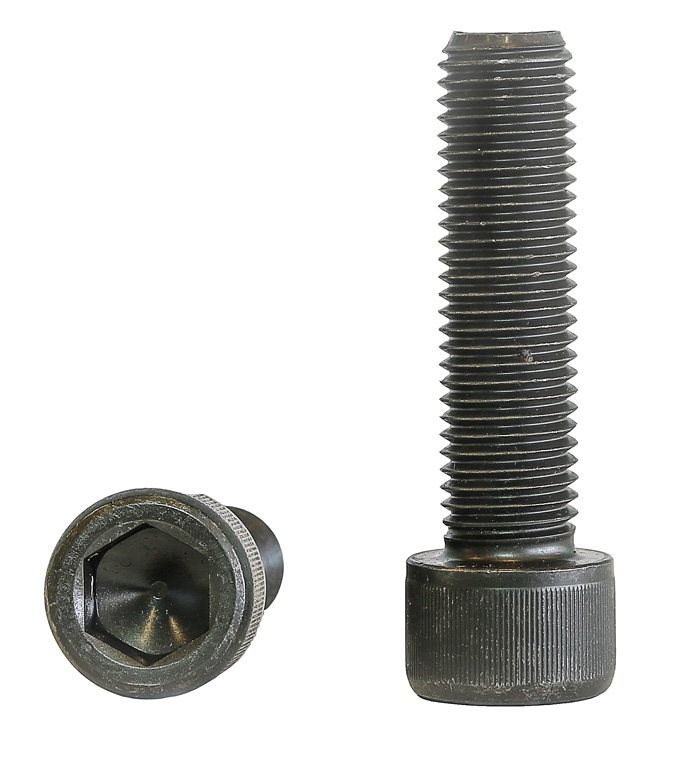 A paper mill in North America was running cast iron dryers with a two piece head construction. Two piece construction is also found on steel dryers which are becoming more common in paper drying applications. The journals were bolted onto the dryer heads using twelve socket head cap screws (SHCSs). The SHCSs had not previously been nondestructively tested because typical UT (ultrasonic) probes would not fit their geometry. The SHCSs began to fail and one journal eventually separated from its dryer head. Rapid depressurization occurred pushing the dryer away from the drive side. The mounting bolts on the tending side of the dryer roll were sheared off and the edge of the rotating shell contacted the machine frame. Production was stopped until the dryer could be safely bypassed. The mill had been unable to complete the NDT (nondestructive testing) on the SHCSs because no known testing technique existed. Testing for additional compromised SHCSs on the remaining dryers was a high priority for the mill.

The mill contacted Kadant Johnson Services for a solution. The team lead, an NDT Level III technician, developed a new proprietary technique for testing SHCSs. This technique can detect cracks before a fastener is completely sheared and can be applied to all SHCSs regardless of their crown profile at the base of the hex key. This is critically important as SHCS are commonly forged with varying profiles.